Git Call is the next step in using code from Git repositories in your Corezoid processes. We have added support for private repositories, improved executable code isolation, and extended the list of supported languages to 5: JS, Python, Go, PHP, Java. We optimized code startup and idle shutdown, added the feature of building code from a branch or a tag. In this version, we also introduced the support of private repositories cloning via the SSH protocol (tested on Github, Gitlab and Bitbucket; also works with other Git-servers with SSH protocol). 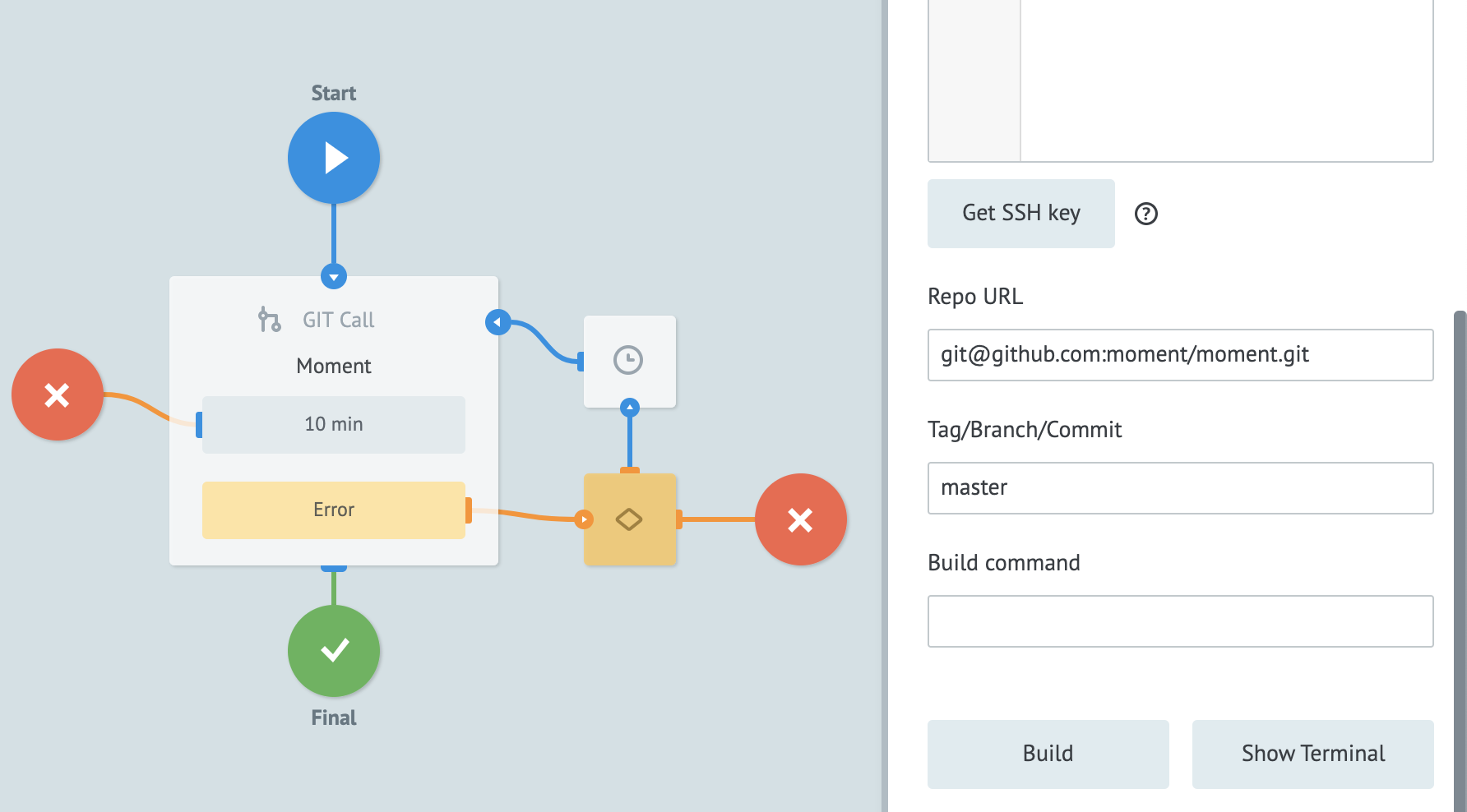 Note
Each language requires a different wrapper, examples are available by following the link.
Java code building
To build a Java code with a custom class, you need to use the GradleWrapper and specify the code request in the Command field. Please, see the example for more details.

The deployment process of Git Call node is quite different from that for the Code node - to apply changes, you must perform a code rebuild (click the Build button in the node settings) and Deploy the process. Notice, that in this case the Git Call node will be started in cold start mode.

After the code is built and the process deployed the Git Call node goes to a cold start mode. This means that Git Call node will wait for task to initiate components and start task processing.

At the moment of "warming up" the Git Call node, requests will be queued in the node.

This procedure may take 10-15 seconds, after which all Tasks will be processed as usual.

If no Tasks passes through the node within 10 minutes, the Git Call node will be automatically switched to the "cold start" mode.

Passing the new task will start the "warm-up" of the node and update the ten-minute idle timer.
Users of Private Cloud and On-premises Hosting types can set the idle time of Git Call node.

Each code is executed in its own, separate environment. This means that even if all other users of corezoid.com decide to run a code with an infinite loop in the Git Call node, your code will continue to run as normal.

Allows you to monitor the progress of code building and displays errors that have occurred, including syntactical errors in the code. 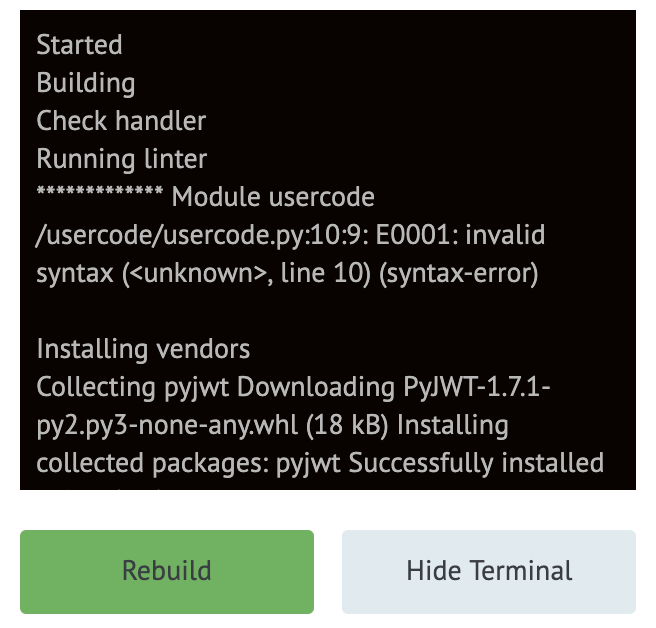 I need to encrypt the payload of requests using the HS256 algorithm to make an authorization JWT token. I prefer to code on python and know the library that solves my problem.

Using the Git Call node I can:

This is a specific case of using the Git Call node. You can use it with other languages and other repositories or libraries, this node literally frees you up in terms of including ready-made code solutions in your business processes.

Export/Import and Copying of processes with Git Call nodes

Export of processes with Git Call node has not changed. However, due to the addition of new programming languages, specifics of their compilers and increased stability and security of Git Call, import and copying of processes with this node takes more time than usual.

If your processes use Git Call node - be ready to wait 30 seconds or longer for their import or copying.

You can manage Git Call nodes using Corezoid API methods. A full description of the protocol and examples of requests in the article.