Call Process logic feature: task "freezes" in the node until reply will not be recieved from called (universal) process.

To avoid task "freeze", process should be customized by following one of the recommendations: 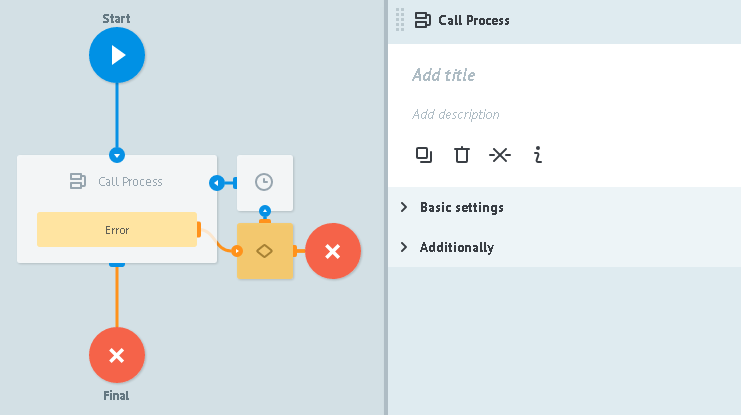 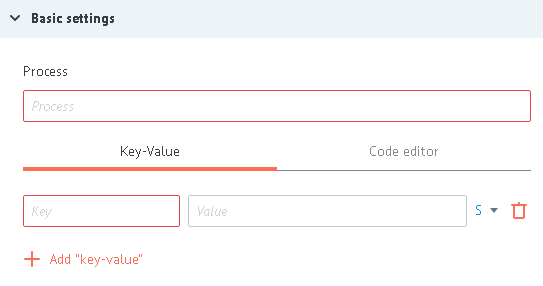 Process - selection of process from "process catalog" by its name or its ID.

If universal process has incoming described parameters then if you select such a process in Call Process logic, these parameters will be added authomatically.

Key - name of the parameter that income to the universal process

Value value of incoming to universal process parameter. May contain:

Alert when there is tasks queue

Limit the time of the task in the node

Time interval value at which task will go further through process in case if Call Process logic does not reply.

When an error occurs, the process sends a request to the Condition logic node 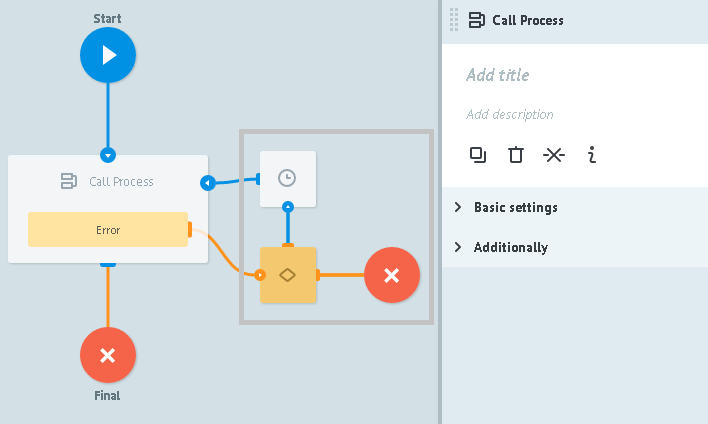 and adds the following parameters to the task: